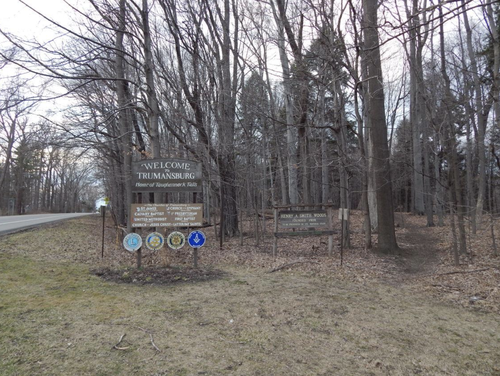 In 2014 the Village, in partnership with the Town of Ulysses, applied for and received grant funding for sidewalk improvement through the Federal Safe Routes To School (SRTS) program.  The funds are administered through the New York State Department of Transportation (NYSDOT) and the grant, as awarded, sought to add sidewalks to the following areas:  South Street to Tamarack Lane, Lake Street to the bridge, and Route 96 from the Village line to the Shur Save (the Town of Ulysses portion of the project application).  In 2015, Fisher Associates, out of Rochester, NY, was selected as the project engineer.

UPDATE – APRIL 2018:  Sidewalk construction has commenced on the sidewalk from Schoolhouse Lane to Tamarack Lane.

WINTER 2017/2018:  Sidewalk construction and related landscaping have been substantially completed on the three sections prioritized by NYSDOT.  The Village has requested that NYSDOT make available unspent funds from the original SRTS Grant to be used towards construction of sidewalk on South Street from Schoolhouse Lane to Tamarack Lane, as was originally included in the grant application.  NYSDOT has agreed, and the Village Board has allocated additional funds that will be required to complete that section of the project.  Construction is slated for the spring of 2018.

Work schedule for October 18-November 1, 2017
Sidewalks will be installed on Route 96 and South St week of the October 23rd. The installation was delayed due to scheduling issues at the concrete plant.
Continue the drainage work at Lake St.

AUGUST 2017:  The second round of bids were received and, per NYSDOT, Lake Street, Route 96 to the Shur Save, and South Street from Whig Street to Schoolhouse Lane were given priority due to their proximity to Route 96/Main St.  Nelson and Streeter Construction Co., out of Pine City, NY, is selected as the general contractor.

MARCH 2017:  Initial project bids came in well in excess of the awarded grant funding, so the project was re-bid and broken down into individual sections which would be prioritized for completion by NYSDOT.  The individual sections to be separately bid were Lake Street, Route 96 to the Shur Save, South Street from Whig Street to Schoolhouse Lane, and South Street from Schoolhouse Lane to Tamarack Lane.